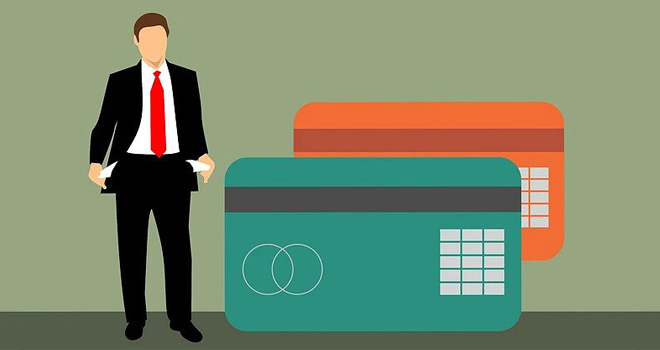 With Australia’s rising levels of household debt, the request for debt consolidation finance is growing more rapidly. Partnered with COVID-19’s effects on job stability and household income, individuals and families have expressed more concerns than ever before about their financial situations and their abilities to meet current commitments.

Debt consolidation finance is the action of rolling all debts into one loan debt and making payments in regular instalments. This type of loan is designed to simplify one’s existing finances and to ensure that they place themselves in a better position to meet their financial obligations on time. The ultimate aim of debt consolidation finance is to place the individual in a better financial position than what they were in prior to the consolidation request. This may be to reduce the overall interest payable or to provide additional breathing room so one’s repayments are lower.

However, the term “debt consolidation” has broaden over the years including entering into what is known as a Part 9 Debt Agreement to pay off all existing debts. At face value, the effects of a Part 9 Debt Agreement seems identical to a typical debt consolidation request. However, there are multiple repercussions which are often overlooked by customers, especially those who are financially desperate.

What is a Part 9 Debt Agreement and How is it Different from Debt Consolidation?

As mentioned above, a debt agreement is intended to pay out and finalise all existing debts. Like a typical financial commitment, this is legally binding and is set to be payable in instalments by the individual under the agreement. This is analogous to debt consolidation finance where instalments are made on a regular basis to slowly pay off the debt.

The first point of difference of a debt agreement from debt consolidation is that a debt agreement request is assessed by the AFSA (Australian Financial Security Authority) whereby an administrator is appointed. Your administrator will then make contact with creditors with the aim to enter into an agreement. The terms are negotiated to offer a reduced amount from the outstanding debt amount. Under a typical debt consolidation request however, a financier or lender will generally decide on whether they can assist directly based on their assessment criteria. The amount consolidated is generally the amount owing in addition to any break or termination costs depending on the products that are consolidated.

Secondly, a debt agreement does not release you from the debts until the agreement itself is finished which is completed by regular instalments to your administrator (which they then pay your creditors for you). On the other hand, debt consolidation finance is intended to pay off and finalise outstanding debts. The biggest difference between the two however is with regards to your credit rating which we will touch upon shortly.

It should be mentioned that a debt agreement is NOT the same as becoming bankrupt. However, as debt agreements are provisioned under the Bankruptcy Act 1966, the repercussions are quite similar to a typical bankruptcy.

Repercussions of a Debt Agreement to My Credit File

Whilst a debt agreement is not strictly the same as becoming bankrupt, it is still deemed as an act of bankruptcy. This means your name is entered into the National Personal Insolvency Index for at least five years. Do note this is a public and permanent listing which some financiers have access to (and factor this into their credit assessment for new finance applications).

A more upfront repercussion is, your credit file will display this debt agreement. This is listed on all credit reporting bureaus such as Equifax. Lenders will deem this listing as a form of bankruptcy. On the lender’s end, it is illegal to offer finance at all when the debt agreement is current (not discharged) meaning that you forfeit potential plans for a property purchase, vehicle, etc. To really get the point across that you cannot apply for finance, your credit score will be listed at -999, the lowest score obtainable on Equifax’s reporting. Talk about overkill.

Donald entered into a part 9 debt agreement in 2018 to combine all his current personal loans and credit cards into one repayment. His aim is to save for a house deposit and he figured combining all debt into one repayment would be best to build genuine savings. He however rushed into his arrangement without reading the terms and conditions of the debt agreement and did not fully understand the consequences.

Fast forward to 2020, Donald had approached a mortgage broker and advised him of his desire to seek pre-approval to finance purchase of his first home. This was unsuccessful due to his part 9 debt agreement that was still outstanding as it had only been active since 2018 (ie: not yet the 3 year mark). The mortgage broker had to turn Donald down despite Donald having the deposit available.

The debt agreement is listed for 7 years and is not discharged for a minimum term of 3 years. When discharged, the debt agreement listing changes but is still listed. This will still limit your options with most lenders and quite often leads to non-conforming lenders offering a much higher interest rate. At least your credit score will increase to -996 instead of -999 upon being discharged.

To really make matters worse, there have been instances where parties have refused to make payments to their debt agreement. Non-compliance for six months will lead to termination of your debt agreement. The termination status is listed on your credit report and will remain until something is done about it. This means that your debt agreement can remain on your file for life if the issue is not resolved (therefore making it unable to obtain finance at all). Whilst there isn’t a credit score worse than -999, a terminated debt agreement is deemed as unacceptable for any lender to consider for future finance applications.

After being declined for finance, Donald was left irate and contacted his administrator. Donald had advised he was unaware that he could not obtain finance and that lenders had considered him as currently bankrupt. Whilst the administrator did not touch upon these details verbally, he referred Donald back to the terms and conditions when the debt agreement was initially agreed upon. This led Donald to terminate the call and he had then refused to make any further payments. After 6 months, his debt agreement led to termination status which reflected on his credit file. From that point, Donald has been unable to obtain a mortgage to purchase his first home. His stubbornness has forced Donald to forego any chances of purchasing a property.

Unfortunately is also impossible to differentiate the two at face value. What makes this worst is Googling “Debt Consolidation” will generate a mixture of companies offering debt agreement services. To make matters more confusing, there are even some organisations that offer both services under the same trading name but as different branches.

If you are unsure about what services are offered, it is always worth chatting with a finance broker who operates independently of the organisation.

Is a Part 9 Debt Agreement Right for Me?

As shown above, a debt agreement can derail your future financial goals until it is finalised. Regardless of how long ago it happened, the fact that it has occurred may also limit your lending options.

As with any finance arrangement, do not rush into it without fully understanding the details and what it means for you financially. A part 9 debt agreement should be utilised as a last resort solution. If you are finding yourself in a financial pickle, we recommend the following causes of actions prior to considering a debt agreement: